Ants are interesting and a common New Jersey pest. Find out more about ants in our article “Everything New Jersey Residents Need to Know About Ants.”

While some may bite or sting, most ants found in New Jersey are classified as nuisance ants that pose no health threat to humans, although pharaoh ants do carry dangerous bacteria and pathogens and have been known to spread disease and infection in hospitals and nursing homes. For most New Jersey residents, carpenter ants pose the greatest threat. Tunneling into structural wood to build their nests, carpenter ants can do serious structural damage to New Jersey homes and buildings.

Yellow-brown to black with shiny bodies and a darker heart-shaped abdomen, acrobat ants are 1/8 to 1/4 inch long. Acrobat ants are named for their unusual behavior when disturbed of bending their abdomen up over their body as if performing a balancing act. Acrobat ants eat sweets and proteins but prefer to feed on aphid honeydew.

Generally nesting outdoors in damp and rotting wood in trees, fences, decks and railings, these ants often build their nests in cavities carved out by other insects. When damp wood is present, they may move into buildings and nest in wall voids. Trailing behavior may be noticed along fence tops and utility lines which acrobat ants will follow into buildings.

Unlike carpenter ants, acrobat ants do not pose a structural threat to buildings. However, acrobat ants are aggressive and territorial. They have a stinger, emit a foul odor when threatened and are quick to bite.

Light to dark brown and just 1/10 inch long with a slender profile, Argentine ants are still rare in New Jersey but have been moving steadily north from southern states and are already well established in Maryland.

Incapable of tunneling into compacted earth, Argentine ants nest near the ground’s surface in loose soil, mulch, leaf litter and gravel, usually near structural foundations. Multi-nest colonies with many queens can number in the millions and cover huge areas with scores of trails leading to and from nest sites.

Argentine ants seldom nest indoors but may enter buildings in large numbers to forage for food. While not harmful to humans, their overwhelming numbers and multiple nests make Argentine ants an intolerable nuisance and difficult to eradicate.

In New Jersey, any large black ant is likely to be a carpenter ant. Named for their excavating behavior, carpenter ants do not ingest wood but tunnel into it, creating large galleries where they build their nests. Large colonies numbering in the tens of thousands can cause significant structural damage to buildings.

More commonly known as “sweet ants,” odorous house ants are dark brown and just 1/8 to 1/16 inch long. Their name derives from the rotten coconut odor they emit as a defense and when crushed. Long trails of these tiny ants may be observed leading from doors or windows to kitchen trash cans, food left on counters or pet food dishes.

Odorous house ants forage in large numbers and may swarm kitchen counters and floors as they search for sweet foods and liquids. Their minute size allows odorous house ants to easily crawl inside food boxes and containers, contaminating food supplies.

Despite their name, odorous house ants prefer to nest outdoors in soil, often under objects such as mulch, loose bark, rocks and logs. When these ants invade buildings, nests may be located under carpeting and flooring, behind paneling and inside walls, particularly near hot water pipes.

Because odorous house ants expand their colonies by “budding,” a single colony of odorous house ants can number in the hundreds of thousands with multiple queens and satellite nests, all located within a single building. Although odorous house ants do not bite or sting, their massive populations, inaccessible nests and swarming behavior create a considerable nuisance when they invade human habitats.

Brown to black with pale brown legs and antennae, 1/8-inch long pavement ants can be seen swarming over sidewalks and patios in the spring when they are most active. Opportunistic feeders, these basically harmless ants will eat almost anything, swarming over foods found as they forage.

Although pavement ants nest in the ground under stones and building slabs, large numbers may swarm into buildings built on concrete slabs, particularly in the spring. Pavement ant colonies are typically small with several queens but their swarming behavior can make pavement ants a considerable nuisance. The inaccessibility of their nests under concrete slabs can make extermination difficult.

Also known as “sugar ants,” pharaoh ants are a minuscule 1/16 inch long and a translucent golden yellow to red in color, making them difficult to see. Attracted to sweet foods and liquids, they forage along well-defined, linked trails. Quite sensitive to cold, this transported tropical species lives exclusively indoors in New Jersey.

Pharaoh ants nest in warm, humid areas near food and water and are typically found in kitchen areas nesting in wall voids, under sinks, in furniture, inside cabinets, light fixtures and appliances, even in food boxes. Pharaoh ants use “budding” to expand their enormous colonies which may harbor 200 or more queens. It’s typical to find several large colonies infesting a single dwelling.

Potentially harmful, pharaoh ants carry more than a dozen pathogens and bacteria including Staphylococcus, Salmonella, Pseudomonas, Clostridium and Streptococcus pyogenes. Because their minute size allows pharaoh ants to breach even tightly closed containers, these disease-carrying ants threaten contamination of food supplies and are a persistent problem in restaurants, groceries, hotels, office cafeterias and residences. In hospital and nursing home settings, pharaoh ants are known to spread infection by crawling into wounds and feeding on blood plasma and wound dressings.

Protect Your NJ Home or Business from an Ant Invasion

To protect your home or business from invading ants, you must eliminate the things that attract them: food, water and shelter. Practice good sanitation in kitchen and eating areas. Repair leaking pipes and moisture issues. Remove debris, firewood and lumber piles from building areas to eliminate potential harborage sites. Trim overhanging trees and shrubbery and seal holes and cracks to eliminate access paths into buildings.

Effective elimination of an ant infestation in your home or business requires the expertise of a professional exterminator with demonstrated experience in ant control. Allison Pest Control professionals have the knowledge, expertise and experience to locate and destroy problem ants. Allison’s residential and commercial pest control plans can rid your home or business of problematic ant infestations and prevent ants from coming back. 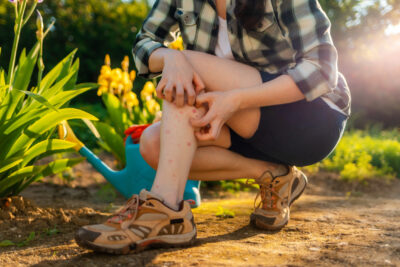 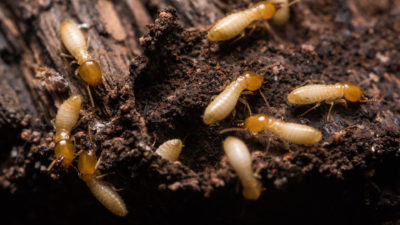 What to Know About New Jersey Termites

Scent Is a Powerful Tool to Keep Pests At a Minimu...

Wasps and other stinging insects can make summer a dangerous time to be outside, especially for those who are allergic. These NJ...

Wasps Cause Harm Despite Their Short Life Span &#8...

Although they don’t live long, wasps can easily lead to a need for NJ pest control services. Wasps can cause quite a few problems...

Mosquito-proof Your Home And Your Life With These ...

Having to swat away mosquitoes can make summer evenings in your yard unpleasant. These bugs can also get into your home and bite...

Get Ready To Take Notes On What Scents Repel Mosqu...

Warmer weather means a higher chance of needing NJ mosquito control for an infestation in your yard. However, there are some...

You’d Be Surprised What Termites Will Devour...

When termites invade, many homeowners count on NJ termite control to eliminate them. Termites eat through wood in homes, which...

Scent Is a Powerful Tool to Keep Pests At a Minimu...

Wasps and other stinging insects can make summer a dangerous time to be outside, especially for those who are allergic. These NJ...