With the important exception of cockroaches, most household and pantry pests do not pose a direct health threat to humans. However, these pests do contaminate large quantities of food, drugs and other organic products, costing Americans millions of dollars each year. While these pests may be a minor annoyance in homes, they can be a serious problem in food processing and storage facilities, as well as groceries and restaurants.

Prevention is the best way to stop these pests from invading your home or business. Good sanitation practices, storing food in containers with tightly-fitting lids, removing sheltering debris from around buildings and regularly scheduled exterior and interior pest control are the most effective ways to keep household and pantry pests from becoming a problem.

Carpet Beetle. Several species of carpet beetles are persistent household pests in New Jersey. The most common and destructive of these oval, 3/8-inch long, stored products pests is the black carpet beetle which is completely black. Other carpet beetle species, including slightly smaller spotted and varied carpet beetles, are covered in mottled brown, orange and white scales giving them a spotted appearance.

Cockroaches. Black to reddish brown with flat, oval bodies, long antennae and spiny legs, cockroaches are known disease vectors. Fouling surfaces and food supplies, cockroaches spread 33 types of bacteria including Salmonella and dysentery, six species of parasitic worms, seven other human pathogens and are a significant cause of allergies, asthma and pulmonary disease, particularly in children and the elderly.

Persistent pests in both residential and commercial environments, the German Cockroach, American Cockroach and Oriental Cockroach are the three most common roaches found in New Jersey.

The most common U.S. roach, the 1/2-inch long German cockroach is brown and marked by two darker, longitudinal stripes on the back of its head. Most often found in kitchens and bathrooms, it prefers warm, humid environments.

The American cockroach is so aggressive in its search for food it is visible in daylight hours. Image courtesy of the New Jersey Pest Management Association.The largest roach species in New Jersey, the 2-inch long American cockroach bears a pale yellow figure-8 on its back and can be found in both food preparation areas and warm, damp places like sewers and basements. A particularly aggressive roach, the American roach is more likely to forage in daylight than other species.

Primarily nocturnal scavengers, daytime activity indicates a serious infestation. Cockroaches feed on nearly anything humans eat or consume. Attracted by food, garbage, clutter and yard debris, these problematic household pests enter buildings by crawling under doors, up sewer pipes, along overhanging shrubbery and tree branches and are often brought indoors in boxes or palletted goods. Cockroaches harbor in dark cracks and crevices near food and water supplies and may build large nests under sinks, in wall voids or crawl spaces or under appliances.

Earwigs. These 1-inch long dark brown garden scavengers have flattened bodies and fierce-looking curved pincers at the end of their abdomen. The insects’ name comes from an old European superstition that earwigs could enter through the ears during sleep and bore into a person’s brain. The legend is completely false; an earwig’s pincers are used for defense and courtship and are harmless to humans. Most active at night, earwigs are attracted to bright lights in large numbers.

These insects live outdoors in garden mulch and compost piles or under rocks and debris and only enter buildings inadvertently. Earwigs feed primarily on decaying organic material like mulch and dead insects but will also eat green plants and can be a considerable greenhouse and agricultural crop pest.

Silverfish. Silvery gray and wingless, these 1/2- to 1-inch long soft-bodied insects are distinguishable by their two overlong, hair-like antennae and the three long filaments nearly as long as their body that protrude from the end of their abdomen. Most active at night, these swift-running insects are often seen darting across bathroom, kitchen and laundry walls or ceilings and can become trapped in sinks or bathtubs, unable to climb their steep, smooth sides.

Outdoors, silverfish feed on plants high in carbohydrates and live under rocks, bark, mulch and leaf mold. They are also frequent inhabitants of bird, ant, termite and mammal nests. When these frequent building invaders come indoors, they feed on wallpaper paste, box glue, flour, paper sizing, laundry starch, sugar, cereal and fabrics like cotton, linen, rayon and silk. Silverfish are attracted to damp, dark spaces and will harbor in wall voids, attics, crawl spaces and behind baseboards and window frames. In newly constructed buildings, silverfish may congregate in large numbers on damp, newly-plastered walls; however, a low reproductive rate and slow development make it more likely that single individuals of this household pest will be periodically sighted.

Confused Flour Beetle. Reddish brown and about 1/8 inch long, the confused flour beetle has a flat, oblong body that allows it to easily work its way into any food package. Unable to attack whole grains, these scavengers prefer to feed on flour and flour by-products and are a common pest in processed grains.

Drugstore Beetle. Also known as the cigarette beetle and bread beetle, this tiny 1/10 inch long pantry pest is named for the many products it frequently infests. Oval-shaped and dark red to brown, the head of this pantry pest is not visible when viewed from above. Nocturnal, the drugstore beetle is a good flier that lives, feeds and reproduces in nearly any dried, food-based material, including drugs and many drugstore products, cereal, spices, bread, dry pet food and tobacco.

The drugstore beetle is also known to feed on book bindings and can cause severe damage if it invades libraries. While not a health threat, drugstore beetles contaminate drug and food supplies.

A common pantry pest in homes and commercial dry food storage facilities, the Indian meal moth lays its eggs in food products to provide larvae with an immediate food source. Larvae spin silken webs around food, rendering it unusable. Most active after dark, Indian meal moths are weak fliers and may be seen resting on ceilings or walls near infested foodstuffs. Like many other pantry pests, Indian meal moths spoil significant quantities of food but do not pose a threat to human health.

Larvae hollow out the kernel as they feed before emerging as adults. Common pests in grain storage facilities and processing plants, rice weevils may also infest homes where they are usually found in cereals, beans, bird seed and nuts but may also attack decorative Indian corn and shadow boxes containing seeds. While not a human health threat, rice weevils damage more stored whole grains worldwide than any other insect pest.

Sawtooth Grain Beetle. These minute 1/10-inch rusty-brown beetles are very flat and narrow, allowing them to easily gain access to most packaged foodstuffs.

Sawtooth grain beetles do not attack whole grains but feed on rice, oat and other cereal grains and flours, as well as dried fruit, dry pet foods, pasta and chocolate.

We Are Pest Extermination Specialists

At Allison Pest Control, we take the safety of your family members and workers seriously. We use EPA approved materials and practice Integrated Pest Management practices. Serving over 5,000 homes and businesses in Monmouth County, NJ; Ocean County, NJ, and parts of Middlesex County, NJ; we are the region’s top locally owned pest control firm. 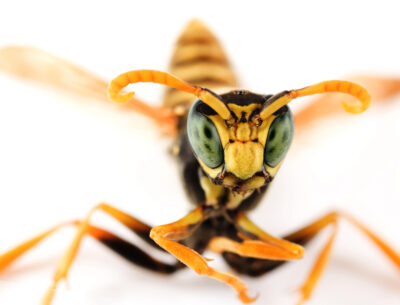 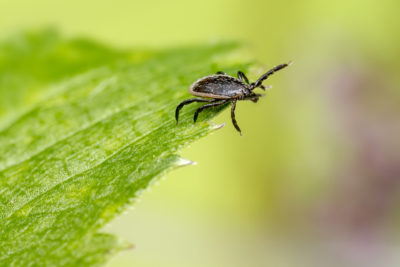 Why Are Hornets So Agressive?

Hornets have a reputation for being fierce and aggressive, causing many NJ homeowners to fear them. While you should always rely...

When Is Mosquito Active Season?

Ouch! Don’t Step on a Ground Bee This Summer

While some bees have nests in trees or on roof eaves, others make their nests in the ground. These ground bee nests can be hard...

Did you know that termites and ants are sworn enemies while also being some of the most common pests that Monmouth termite...

Be on the Lookout For Termites in Your New Jersey ...

Termites in the walls or other areas of your NJ home can end up doing major damage. In a worst-case scenario, these pests can...

Why Are Hornets So Agressive?

Hornets have a reputation for being fierce and aggressive, causing many NJ homeowners to fear them. While you should always rely...